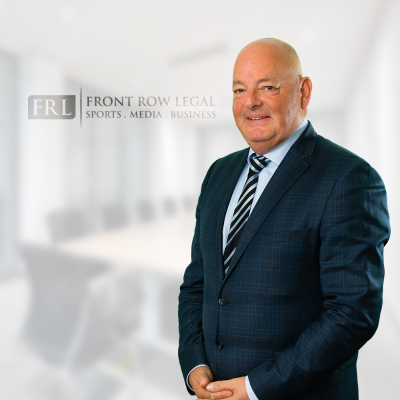 Richard obtained an LLB Honours Law degree from Leeds Metropolitan University and an LLM in Advanced Litigation at Nottingham University.

Richard has over 25 years of legal experience having qualified as a solicitor in 1985 and formed Cramer Richards solicitors in 2002. He regularly appears in regional and national media as a recognised figure in Sports Law and is a frequent guest on Radio Leeds, providing expert advice to its listeners.

Richard specialises in Dispute Resolution and all aspects of Sport, Media and Communications Law. He acts for both individuals and companies in contentious and non-contentious issues including a number of high-profile clients.

He is recognised at Legal 500 as one of the country’s leading sports lawyers and has extensive experience in sports-related disputes.

Richard is a Registered Lawyer with The Football Association and acts as an agent in both Rugby League, Rugby Union and Cricket.

We’re not like many other law firms; we only practice law in a few specialist areas that require skill, knowledge and experience. Call or email for a no obligation chat with one of our partners.

Get a quick quote