Contract Disputes in Rugby – A guest blog by Daniel Bidder-Potts 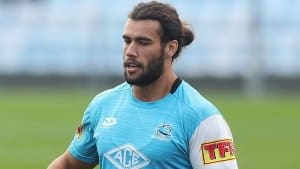 In a week where the main rugby news has involved numerous Leicester Tigers players being released from their contracts. It is safe to say that the controversy of NRL, Cronulla Sharks forward, Toby Rudolf’s proposed move to the Vodafone Warriors, has flown under the radar of rugby and sport news.

Rudolf is understood to have agreed to a three-year deal with the Vodafone Warriors while the Telstra Premiership was suspended (due to Covid-19) but, he now wants out on compassionate grounds due to a family health issue.

It is believed that Rudolf’s grandmother has become seriously ill and thus he would like to remain closer to home, rather than relocate to New Zealand, as his legally blind mother will struggle to look after his grandmother.

*As things stand, there is nothing legally contentious*

However, according to close sources and journalists in Australia, it is believed that Rudolf may be able to renege on the three-year deal with the Warriors because, it is alleged that, Rudolf merely signed a letter of intent and not a contract.

The Warriors are confident of convincing Cronulla prop Toby Rudolf to move across the Tasman and honour an agreement to join the New Zealand-based club next season.

But, if Rudolf has had a change of heart and wants to stay at Cronulla, then the Warriors may seek compensation.

So, the crucial questions in this scenario is:

Is a letter of intent legally binding?

What are letters of intent?

Letters of intent are usually entered into when parties are not yet in a position to sign a detailed contract.  They can be used to set out the parties’ agreement in principle on the key commercial issues at an early stage of a transaction and are not intended to be binding.

However, if not carefully drafted, there can be uncertainty and doubts over whether or not the parties intended to be legally bound by all or some of the terms.

This can be taken to be a written affirmation of many key elements of negotiating, such as good faith. Further, whilst you may not have the final terms of your contract set out, it is wise to have a document which symbolises that this is soon to be the case.

No intention to be legally bound

An agreement made on the basis that the parties don’t intend to be legally bound until they enter into a more formal contract, is not itself usually legally binding. But it can create a strong moral commitment which it might be difficult to later move away from.

To ensure that no implied contractual relationship is created, case law shows the importance of:

The use of the phrase “subject to contract” in commercial negotiations creates a strong presumption that the parties do not wish to be bound, particularly if this is understood from usage in the industry. However, again, if the parties start to perform the contract envisaged by the letter of intent, beware that this presumption will not always apply.

If the whole agreement or some of the provisions are intended to be binding by the parties, this should ideally be clearly stated.  Further, the legal requirements for creating a valid contract must be satisfied:

When a letter of intent is non-binding

Suppose a letter of intent is non-binding, but one company incurs costs or devotes resources only to eventually have the deal fall through. In many cases, there is no recourse for losses incurred. However, it is possible that the breaching party could be found to have failed to negotiate in good faith.

These laws are ambiguous and likely depend on the jurisdiction and the type of letter of intent.

As is usually the case, the key to avoiding uncertainty is careful drafting in the first place. At this moment in time, we do not have all the details regarding Rudolf’s agreement, was it well worded and if so, in who’s favour. So, I cannot give an opinion on the likelihood of either party’s chances of being successful.

However, I do believe it is fairly evident that Rudolf had negotiated in good faith but, he has since been affected by the very real and sudden situation regarding his family members. Therefore, I don’t believe the Warriors will seek to challenge whether the letter of intent was signed in good faith.

The likely conclusion to this scenario is that Rudolf will find another club who wishes to sign him for the upcoming season, most likely Cronulla, and they will then pay the Warriors a fee to grant Rudolf release from his agreement.

Rudolf will honour the agreement with the Warriors and move himself (and his family over if possible or pay for care).

The Warriors will relieve Rudolf of the agreement on compassionate grounds.

In conclusion, this is not the first, nor will it be the last, case where letters of intent and contracts within sports have been brought into question. It is not yet clear on the details of this case, but if this is similar to previous cases then the lack of clarity in these legal documents may have had a part to play.

Always make sure that you read through any document carefully, especially when money is on the line.

The devil is in the detail.

Front Row Legal are a boutique law firm that specialises in Sport, Media and Business Law in England and Wales. They have specialist knowledge in these areas of law, which means they can help where many law firms won’t have the experience. They are based in Leeds with a national client base. frontrowlegal.com

We’re not like many other law firms; we only practice law in a few specialist areas that require skill, knowledge and experience. Call or email for a no obligation chat with one of our partners.

Get a quick quote